Series I Bonds Rules and Strategies

Series I Bonds are issued by the US Treasury. The are government bonds that have certain characteristics that makes them very attractive in times of high inflation. If we examine some of the benefits and restrictions, we can identify several strategies to maximize the value from these bonds. After an executive 'pros and cons' we will  look at the characteristics of the bond, as bonds have many different rules, and then explore several different implementation methods.

Pros
Cons
Low Risk (US Government Bonds).
Illiquid (cannot sell for first 12 months).
High return (forecast to have annualized 9.62% interest in May 2022).
Interest is variable and changes every 6 months.
Tax advantages: State tax free (always) and Federally free in some cases.
Clunky website for electronic bonds, paper bonds may be misplaced.
Education benefits (interest can be tax free federally, subject to AGI limitations).
Harder to integrate into holistic portfolio due to segregation of the account. Cannot be bought or traded on the secondary market.
Kiddie Tax (or low income tax) benefits by election to tax annually.
Requires a good system to know when to sell and whether the sale is taxable or not.

Characteristics of the Bond

Series I Bonds are sold at Face Value and accrue interest monthly for 30 years, or until sold (if sooner). They have two components of interest:

The two rate types combine to form a 'Composite Rate', which will have three components:

Characteristic
Detail
Value
Limitations
Acquisition Method Electronic Bonds
Purchase at Face Value (Par) at Treasurydirect.gov
$25 to $10,000 (penny increments). Duration of 30 years.
Limit of $10,000 per Tax ID (SSN or EIN) per year.
Acquisiton Method Paper Bonds
Purchase at Face Value (Par) via tax refund
$50 to $1,000 denominations. Duration of 30 years.
Limit of $5,000 per Tax ID (SSN) per year.
Earned Interest
Two parts: Fixed Rate and 6-month Variable Rate
Fixed Rate currently 0%
Variable Rate from May 9.62% (annualized)
Fixed Rate remains in place for duration. Variable Rate resets after 6-months.
Tax Treatment
(Basic)
Taxable at Federal Level
Tax Free at State Level
Tax is always 0% at the State level, education benefits exist (see below). By default, tax will accrue annually, but be recognized on disposition (or maturity).
Tax would be generated when bonds are sold, or annually if elected.
Tax Treatment
(Education Benefit)
Interest can be tax free (Federal level) if used to pay for qualified education expenses.
May increase effective rate of return and could replace or augment 529 plan contributions.
AGI limitations exist on the amount of excluded interest. Calculated on IRS Form 8815
Tax Treatment
(Kiddie Tax Benefit)
Taxpayer may elect to recognize tax annually rather than at disposition.
For child owners, this could create tax free rate of return. Once elected, must continue until disposition. Election may be made at any time.
Awareness would be required to ensure that the taxpayer doesn't report the interest twice.
Penalties and Restrictions
First Year cannot sell bond.
Year 2 to 5 selling will forfeit 3 months of interest.
12 month lockup means that this cannot be an emergency fund source in year 1.
3-month interest penalty is less important unless near to 5 year deadline.

The initial strategy is to apply for the maximum amount of Series I Bonds, $10,000 per SSN, plus $5,000 from your tax return. Here are some ideas to stretch the concepts further.

Superfunding (how far can you push the limits?)

It would seem that the greatest restriction on purchasing Series I Bonds is not that you are limited to $10,000 per SSN, and rather is derived from your own approach to risk and ethics. Ethical questions are best solved at the individual level, providing that the strategy is legally sound.

From the explanation on the Treasurydirect.gov website, the limits are set to $10,000 per person plus $5,000 per tax return. There are a couple of exceptions:

It is interesting to note that an unincorporated business with merely a DBA status is eligible to own a bond. Based on the way that the system tends to track ownership, it would seem that you would need an EIN for each business or DBA that is holding the bonds.

How much is too much?

I was initially skeptical about using entities to bypass the annual limit, but as a person who owns several (legitimate) businesses I can see the value in each of them holding Series I Bonds to protect the purchasing power of the business and help ensure that the business may cover expenses that are subject to inflation. The fact that there is an option for an entity as casually designed as a DBA reinforces the notion that you may buy a bond both for yourself, and that a business may buy one for itself. The fact that you have similar beneficial ownership is arguable, as the asset is owned by the entity (and may be transferred by the sale of the entity).

A benefit of the business holding the bond is that the asset remains in the business, thus impacting basis. For example, if an S Corp owner were to withdraw $10,000 to buy a bond in their (individual) name it would be a distribution of capital (an owners draw). Whereas, if the owner buys from the business, the Series I Bond is carried on the balance sheet of the entity, affording the same benefits to the owner without impacting draw.

To an. S Corp owner who could only afford one bond, buying it within the business and carrying on the balance sheet would be preferable. To a person who could afford more than one bond, this is a viable approach.

I have seen people attempting to purchase in this manner:

Total of $40,000. The issue here (other than requiring multiple EINs) is that this strategy conflicts with the approach of holding all assets within the Revocable Trust. While this can be acceptable with transfer on death (IE with a beneficiary designation) it does increase the risk of a mistake in estate planning, and possibly reintroducing probate concerns.

Since both Individual Ownership and Business ownership can create this estate complication, it is something to factor in for those seeking more than $10,000 per SSN, per year.

One idea is to simple buy the Series I Bonds for everyone with an SSN in the household (parents and children). There are two interesting things when considering the kids:

There is an election that may be made to receive the income annually (the default is to receive it on maturity or sale). If you buy in the childs name, it is possible that a lot of interest will be tax free. Here, the child may earn $2,200 tax free. If you were to buy a bond for a young child, they could elect to take this interest annually, but pay little to no federal tax. As standard, the Series I Bond is exempt for State tax (as a Treasury Bond) and therefore the majority growth could be tax free, depending on how quickly the interest compounds.

It is worth noting that a child who uses a Series I Bond for education in their own name (IE, that they were gifted) may not claim the education benefits that a parent may claim. On the other hand, if the parent owns the bond, and redeems it in the same year they incur education costs, they can exclude the interest that is created on the redemption of the bond.

Keep in mind that AGI limits apply to this parental benefit, so for those in higher income brackets a better strategy might be to leverage the Kiddie Tax, and then have the child liquidate the bonds prior to FAFSA evaluation times.

What if you can't afford it? Is there debt arbitrage?

There's an old adage in the financial industry called the 3-6-3 rule. In this, a banker is happy to borrow at 3%, lend it at 6%, and be on the golf course by 3pm. This is a fantastic concept which many people would do well to consider. The key to this is that there is perceived to be equal risk in the borrowing and lending, therefore we have a risk adjusted profit. Where others make a mistake here is when they try to borrow (mortgage, margin, etc) an invest in an unequally risked product. You see this when people say that they would rather invest in the stock market than pay off their mortgage.

Removing equity risk from the equation, your would pay around $450 to earn close to $854.12. Though, we should keep in mind if you lose your job your loans can be instantly due for repayment, which could cause conflicts with the 12 month lockup on the Series I Bond.  The loan is an extreme example, but it is also a good example of shifting the risk-free rate of return that would otherwise be a component of the portfolio within the 401(k). We could argue that the profit is subject to tax, but that also varies on circumstance (EG a person might borrow from their 401(k) to fund a child's Series I Bond and pay no tax at the Kiddie tax level).

Perhaps not entirely. A 529 has FAFSA benefits when calculating assets, but it might be a component of college savings. Rather than just a 529 we might instead have:

Individual circumstances can influence how to weight these allocations, and while there is a negative aspect to the FAFSA calculation, holding a mix of funds for college reduces the concerns about overfunding a plan for a child that might not need a fully funded education (they may have a scholarship, etc).

deals with Kiddie Tax (including the Series I Bond. 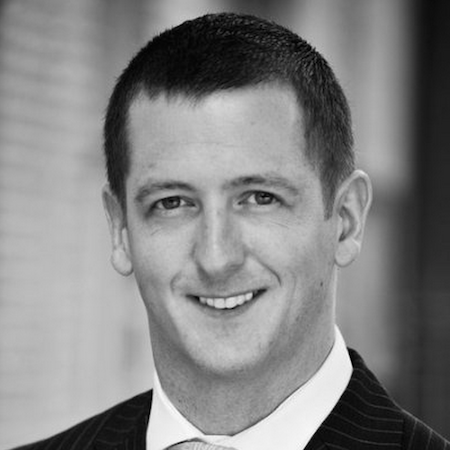 My name is Matthew Hague, and I am a CERTIFIED FINANCIAL PLANNER™ professional and an Enrolled Agent with the IRS. I hold a Bachelor's degree in Business and a Masters degree in Taxation.

I founded Guide Wealth Management to help provide independent, fiduciary advice to our clients. Prior to launching the firm I attended NYU to study Financial Planning.

Thank you! Your submission has been received!
Oops! Something went wrong while submitting the form.